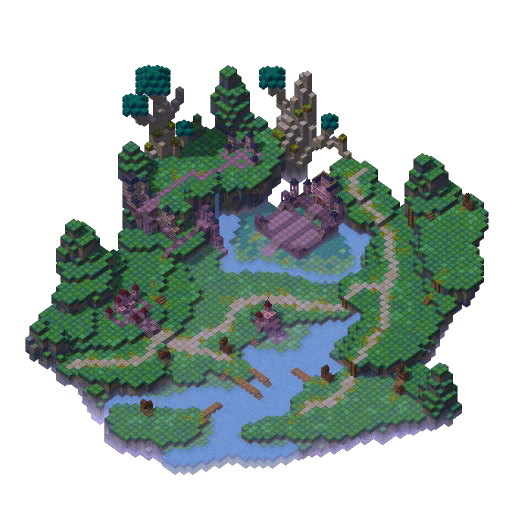 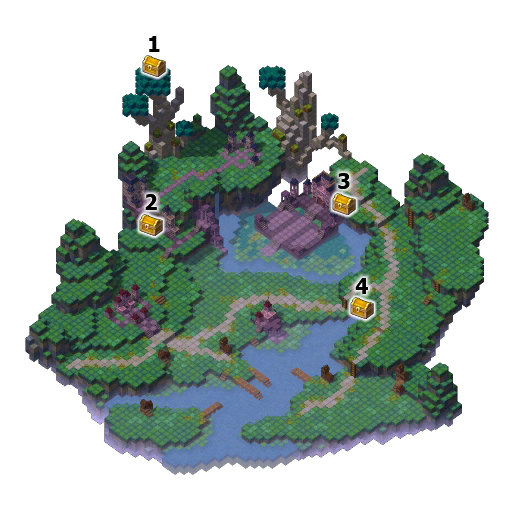 Fly to the very top of the tree in the northwest part of the map, just behind Ghanush. This is the chest required to complete the area's Exploration Goals.

Check in the castle walls in the northwest part of the map, below Ghanush.

In the wall alcove between a tower and the manor closest to the Twilight Moon Castle portal.

While on his daily stroll, Monshel encountered a wich named Ghanush. After a little wager, she won the shirt off his back -- literally.

Help the naked nobleman by defeating Ghanush in the most dangerous game: rock-paper-scissors.

(This quest is unlocked after completing [38] Witch's Wager) Ghanush has grown bored of winning. She's ready to restore the people of Serene Docks, but first you'll have to get their souls back.

By fighting monsters, of course.